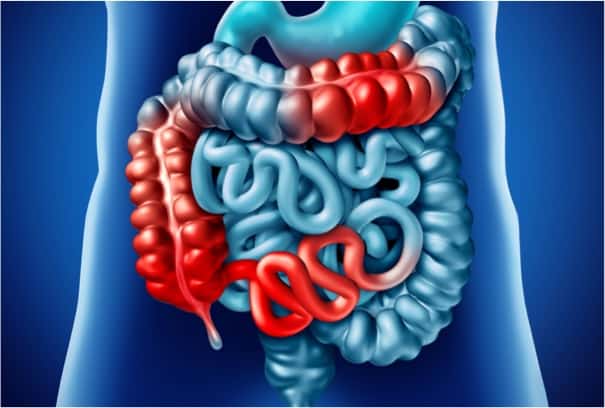 A team of researchers led by a biomedical scientist at the University of California, Riverside, has identified a novel mechanism by which loss-of-function mutations in the gene PTPN2, found in many patients with inflammatory bowel disease, or IBD, affect how intestinal epithelial cells maintain a barrier.

The intestinal epithelium, a single layer of cells, plays a critical role in human health by providing a barrier while also allowing nutrient and water absorption. Intestinal epithelial cells are needed for regulating immune function, communicating with the intestinal microbiota, and protecting the gut from pathogen infection — all of which critically depend on an intact epithelial barrier.

Affecting roughly 3 million Americans, IBD is a set of chronic intestinal diseases in which the lining of the gut becomes inflamed and leaky. Increased gut leakiness has recently been confirmed to increase the risk of developing IBD.

“This new publication is a culmination of a body of work from my lab identifying how loss-of-function mutations in PTPN2 can increase gut permeability or leakiness,” said Declan F. McCole, a professor of biomedical sciences in the UCR School of Medicine, who led the study published in the Journal of Clinical Investigation. The journal has selected the research paper as an “Editor’s highlight.”

In the study, which was conducted in mice, human cells, and tissue from IBD patients, McCole and his colleagues showed that in IBD patients carrying a loss-of-function PTPN2 mutation, the expression of claudin-2, a protein that causes loss of water and sodium into the gut and promotes diarrhea, is increased. Using mouse models, the McCole lab identified a dual mechanism that explains how claudin-2 expression increases and contributes to fluid loss.

PTPN2 typically acts as a brake on the expression of claudin-2, McCole explained. The loss-of-function mutation in PTPN2 that occurs in IBD removes this brake and allows increased fluid loss.

“In addition, PTPN2 also promotes an endogenous factor, called matriptase, that removes claudin-2 from the area of the cell membrane where it mediates its effects in allowing fluid loss to occur,” McCole said.

The cumulative effect of reduced PTPN2 activity on both mechanisms was elevated fluid loss. The researchers proved this defect could be reversed by treating cells lacking PTPN2 with recombinant — or synthetic — matriptase.

“Our work improves understanding of how the genetics of IBD can contribute to the altered physiology in patients that drives their symptoms,” McCole said. “It also supports our related work identifying how the class of drugs, called JAK inhibitors, may be used to rescue ‘leaky gut,’ particularly in patients with loss-of-function mutations in the PTPN2 gene.

“This suggests that patients who develop this condition may exhibit ‘leaky gut’ before full-blown disease occurs,” McCole said.

Materials provided by University of California – Riverside. Content may be edited for clarity, style, and length.