HPV immunization program cuts pre-cancer rates by more than half 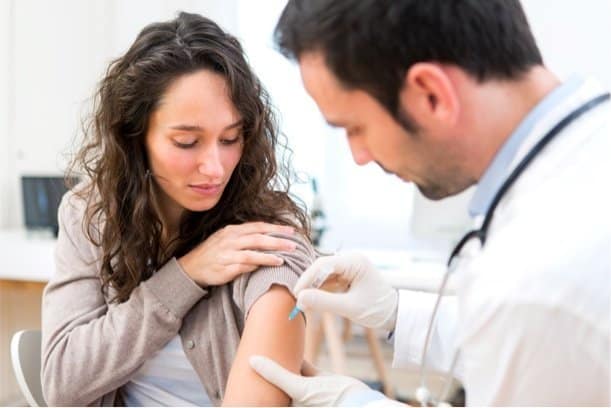 A school-based human papillomavirus (HPV) immunization program in British Columbia, Canada, is dramatically reducing rates of cervical pre-cancer in B.C. women, according to a new study.

The evaluation of the HPV vaccination program in B.C. was conducted jointly by researchers at BC Cancer, the BC Centre for Disease Control, BC Women’s Hospital + Health Centre and the University of British Columbia and highlights the success of the program in reducing pre-cancers. Pre-cancer refers to abnormal cell growth in the cervix most often discovered during routine Pap tests. If not treated, pre-cancer can develop into cervical cancer.

The study found that B.C. women who had received the HPV vaccine as Grade 6 girls had a 57 percent reduction in the incidence of cervical pre-cancer cells compared to unvaccinated women.

“We are excited by these initial findings,” said Dr. Gina Ogilvie, senior research advisor, BC Women’s Hospital + Health Centre and professor at the UBC school of population and public health. “This study contributes to the growing body of evidence highlighting the positive impact of the HPV vaccine and regular cervical screening on preventing cervical cancer. And, with increased vaccine uptake, we would expect to see a further decrease in cervical cancer rates.”

HPV has been identified as the cause of almost all cervical cancers. In 2008, B.C. implemented a voluntary publicly funded school-based HPV immunization program. Eleven years later, the first groups of women vaccinated through this program have reached adulthood and entered the Cervix Screening Program. By linking records from the provincial Cervix Screening Program with immunization registries, researchers were able to compare outcomes between the women who had received vaccinations to those who had not.

Women included in the study received the quadrivalent vaccine, which protects against two types of HPV responsible for approximately 70 percent of all cervical cancers. The HPV vaccine that is now administered in the school-based program protects against seven types of the virus that cause about 90 percent of cervical cancers. As today’s Grade 6 girls receive a more comprehensive vaccine, rates of pre-cancer are expected to decline even further in coming years.

“The HPV immunization program in B.C. is in its 12th year now, and it’s very gratifying to be able to show such positive outcomes through prevention of this infection and its complications in women,” said Dr. Monika Naus, medical director, communicable diseases and immunization service, and professor at the school of population and public health at the University of British Columbia.

The study was published in The Journal of Infectious Diseases.

Materials provided by the University of British Columbia. Content may be edited for clarity, style, and length.