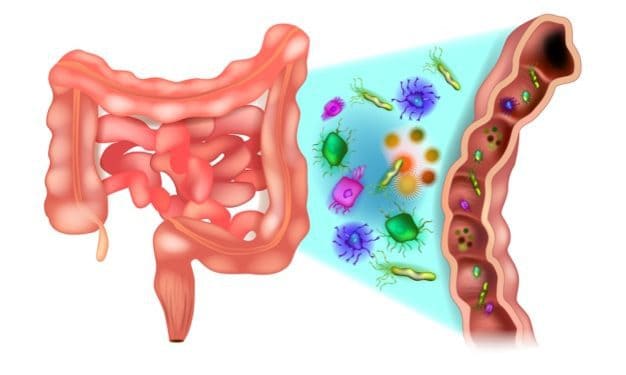 A world first clinical study of the gut microbiome in people with Huntington’s disease (HD) has found that it is not just a disease of the brain, but also of the body.

The study, led by Monash University’s Turner Institute for Brain and Mental Health, with collaboration from the Florey Institute for Neurosciences found evidence of gut dysbiosis (altered bacteria in the gastrointestinal tract) in people with HD, with some of the gut measures associated with disease symptoms, such as impaired movements and thinking.

The findings, published in Brain Communications, raise interesting questions regarding the role of the gut in Huntington’s Disease, and its potential as a target for future therapeutic intervention, or for tracking disease progression.

The lead researchers, Neuropsychology Doctoral Candidate Cory Wasser and Professor Julie Stout, Director of Monash University’s Clinical Cognitive Neuroscience Laboratory, used fecal samples to investigate whether the gut microbiome in people with HD differs to those without the HD gene.

According to Professor Stout, “It is also possible that the changes in these trillions of gut bacteria – which outnumber the trillion or so human cells in each person’s body – which are known to ‘talk to the brain’, could also affect symptoms of HD such as depression and dementia.”

In people with HD, the researchers found major shifts at the level of bacterial families, altering the potential of the gut for sending signals to the brain and other organs.

These findings may also mean that changing gut bacteria may be a cause or precursor to some of the more debilitating symptoms associated with HD, according to the researchers.

“These results raise the tantalizing proposition of whether the gut may be a potential target for future therapeutic intervention to improve outcomes in Huntington’s disease and other neurodegenerative diseases,” Professor Stout said.

Huntington’s disease is a debilitating genetic neurological condition that gradually affects a person’s movements, emotional, and cognitive function. Each offspring of a parent with the HD gene has a 50 percent chance of inheriting the genetic mutation causing the disease.

There is no cure and once symptoms appear, life expectancy reduces by 10-25 years, with later stages of the disease severely impacting quality of life.

In people with HD, motor symptoms become debilitating, cognitive decline eventually progresses to dementia, and depression is estimated to be five to 10 times more common in HD than in the general population.

Materials provided by Monash University. Content may be edited for clarity, style, and length.

The Science of Depression - AsapScience

What is dementia? Alzheimer's Research UK