An inside look at probiotics 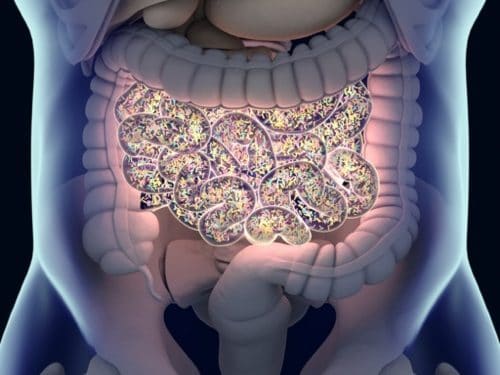 Every day, millions of people take probiotics – preparations containing live bacteria that are meant to fortify their immune systems, prevent disease or repair the adverse effects of antibiotics. Yet the benefits of probiotics have not really been medically proven. It is not even clear if probiotic bacteria really colonize the digestive tract or, if they do, what effects these have on humans and their microbiomes – the native bacteria in their guts. In two back-to-back reports (#1, #2) published in Cell, researchers at the Weizmann Institute of Science show — in both mice and in humans — that a probiotic preparation of 11 strains of the most widely used probiotic families may sometimes be less-than-beneficial for user and their microbiome.

To explore how probiotics truly affect us would turn out to be an “inside job”: For the first study, 25 human volunteers underwent upper endoscopy and colonoscopy to sample their baseline microbiome composition and function in different gut regions. Fifteen of those volunteers were then divided into two groups: The first were administered the 11-strain probiotic preparation, and the second were given placebo pills. Three weeks into the four-week treatment, all participants underwent a second upper endoscopy and colonoscopy to assess their response to the probiotics or placebo, and they were then followed for an additional two months.

The researchers discovered that probiotics’ gut colonization was highly individual. However, they fell into two main groups: The “persisters” guts hosted the probiotic microbes while the microbiomes of “resisters” expelled them. The team found they could predict whether a person would be a persister or resister just by examining their baseline microbiome and host gene expression profile. Persisters, they noted, exhibited changes to their native microbiome and gut gene expression profile, while resisters did not have such changes.

The study that produced these papers was headed by research teams from the labs of Prof. Eran Elinav of the Immunology Department and Prof. Eran Segal of the Computer Science and Applied Mathematics Department, in collaboration with Prof. Zamir Halpern, Director of the Gastroenterology Division, Tel Aviv Medical Center. Dr. Niv Zmora, Jotham Suez, Gili Zilberman-Schapira, and Uria Mor from Elinav’s lab led the two projects, in collaboration with other members of the Elinav and Segal lab, as well as with additional scientists and clinicians from Weizmann and elsewhere.

“Our results suggest that probiotics should not be universally given to the public as a ‘one size fits all’ supplement,” says Elinav. “Instead, they could be tailored to each individual and their particular needs. Our findings even suggest how such personalization might be carried out.” Segal continues: “These results add to our previous ones on diet that had revealed a similar individual response to foods, and which have highlighted the role of the gut microbiome in driving very specific clinical differences between people.”

Post-antibiotic colonization and the native microbiome

In the second study, the researchers addressed a related question that is of equal importance to the general public, who are often told to take probiotics to counter the effects of antibiotics: Do probiotics colonize the gut following antibiotic treatment, and how does this impact the human host and their microbiome? The researchers administered wide-spectrum antibiotics to 21 human volunteers, who then underwent an upper endoscopy and colonoscopy to observe the changes to both the gut and its microbiome following the antibiotic treatment. Next, the volunteers were randomly assigned to one of three groups. The first was a “watch and wait” group, letting their microbiome recover on its own. The second group was administered the 11-strain probiotic preparation over a four-week period. The third group was treated with an autologous fecal microbiome transplant (aFMT), made up of their own bacteria that had been collected before giving them the antibiotic.

Probiotics, after the antibiotic had cleared the path, could easily colonize the human gut – more so than in the previous study in which antibiotics had not been given. To the team’s surprise, the probiotics’ gut colonization prevented the both the host gut’s gene expression and their microbiome from returning to their normal pre-antibiotic configurations for months afterward. In contrast, autologous FMT resulted in the native gut microbiome recolonizing and the gut gene expression profile returning to normal within days. “These results,” says Elinav, “reveal a new and potentially alarming adverse side effect of probiotic use with antibiotics that might even bring long-term consequences. In contrast, personalized treatment — replenishing the gut with one’s own microbes — was associated with a full reversal of the drugs’ effects.”

Since probiotics are among the world’s most traded over-the-counter supplements, these results may have immediate, broad implications. “Contrary to the current dogma that probiotics are harmless and benefit everyone,” says Segal, “we suggest that probiotics preparations should be tailored to individuals, or that such treatments such as autologous FMT may be indicated in some cases.”

Materials provided by the Weizmann Institute of Science. Content may be edited for clarity, style, and length.